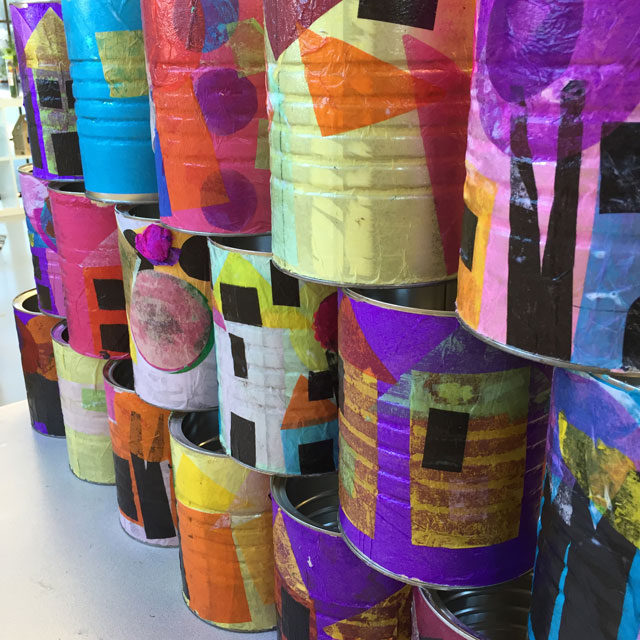 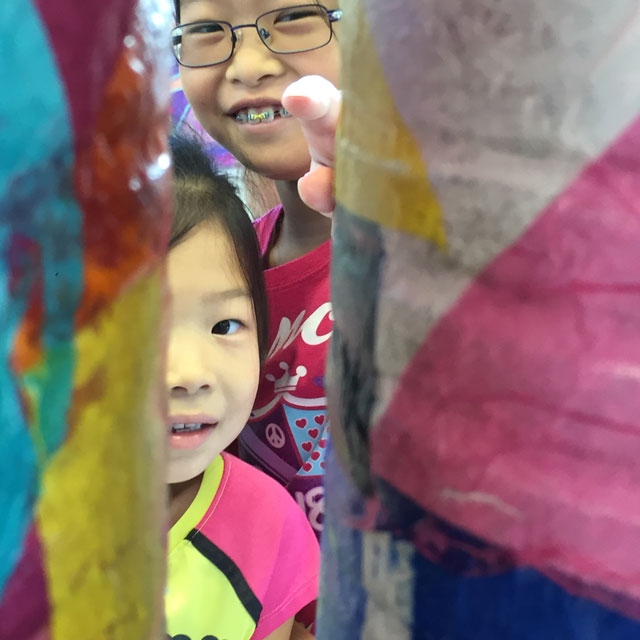 If one of your student’s grandfathers ever asks if you could use about 30 large 3 lb. coffee cans, the answer should always be yes!   They might take up half of the studio and it might take you a month or longer to figure out what to do with them, but you’ll eventually think of something! Something like Coffee Can Decoupage! 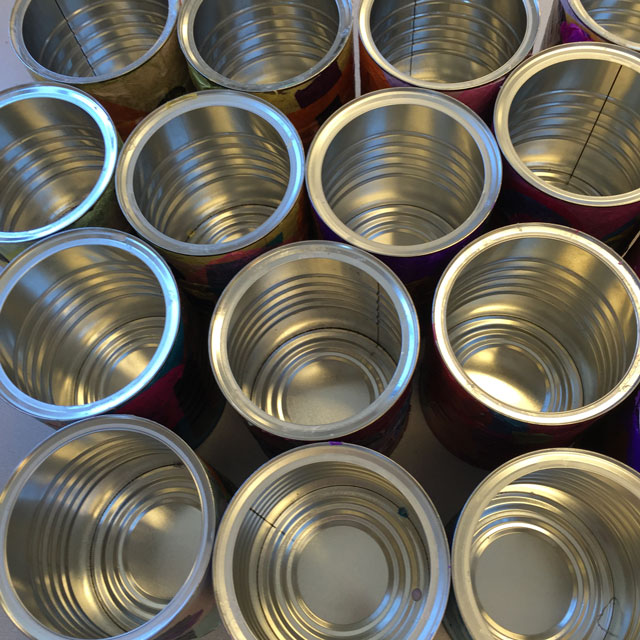 We trimmed off the edges of the tissue paper later.  Then they layered shapes to create a simple scene of houses & trees.  Beautiful!  Did I mention this was the stickiest project ever?  One thing I love about Mod Podge, though, is that it is so forgiving – it is the stickiest, gooey-est mess when it goes on, but when it dries a half hour later, it is nearly invisible and leaves a hard, protective finish. This Coffee Can Decoupage was a hit with our students! 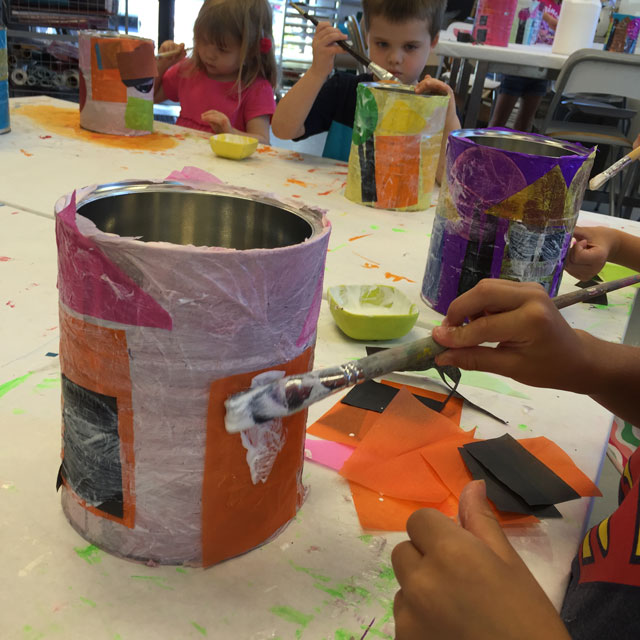 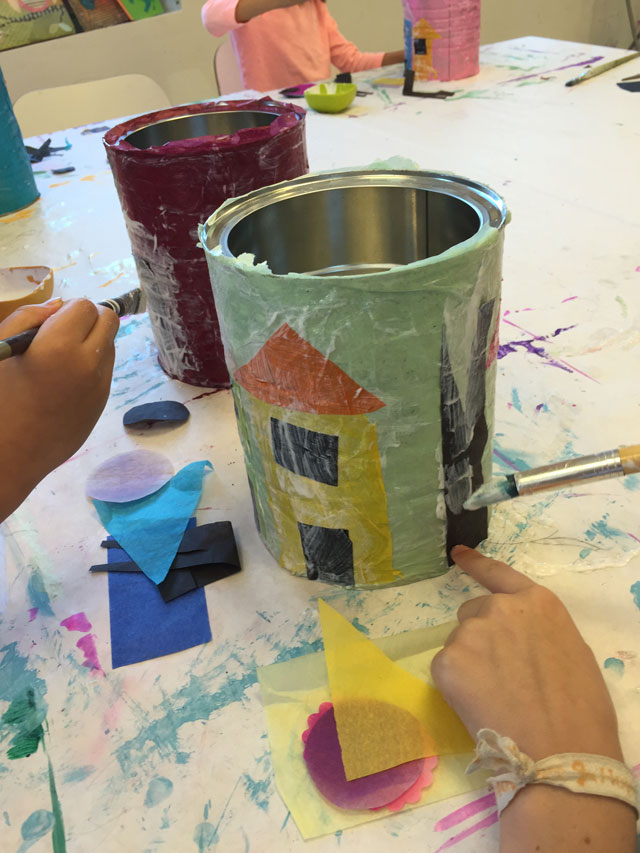 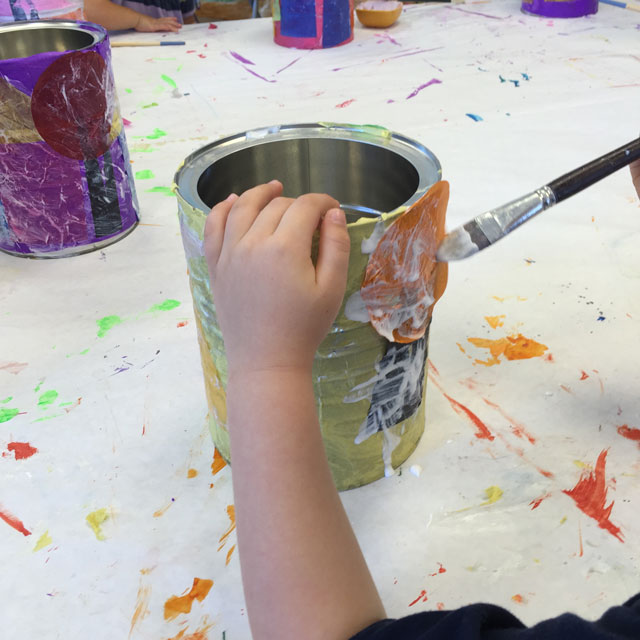 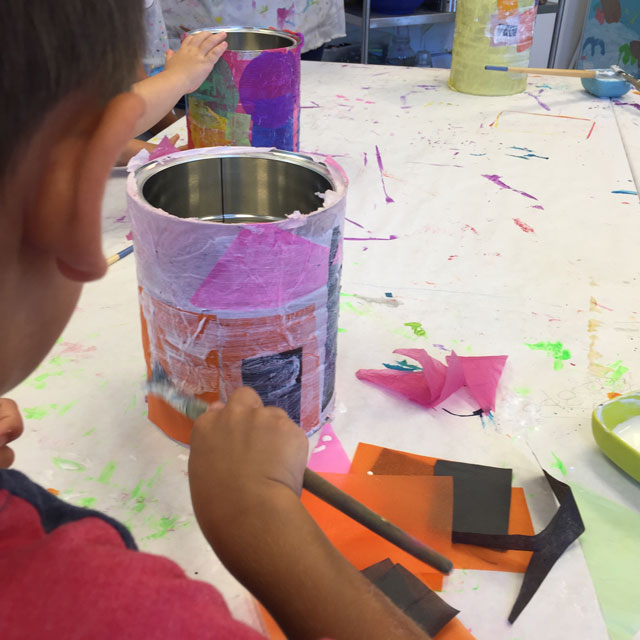 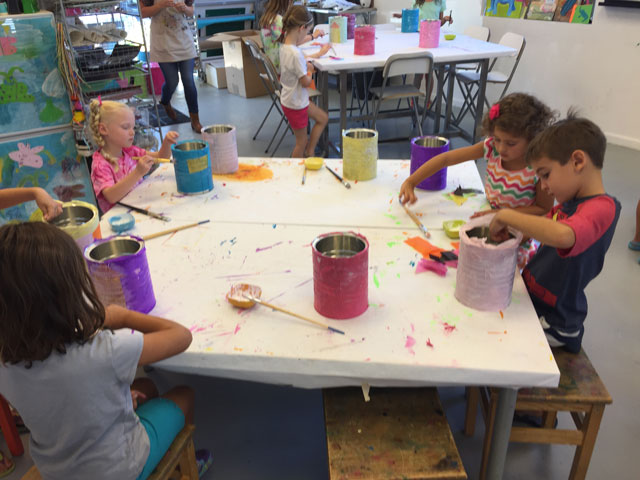 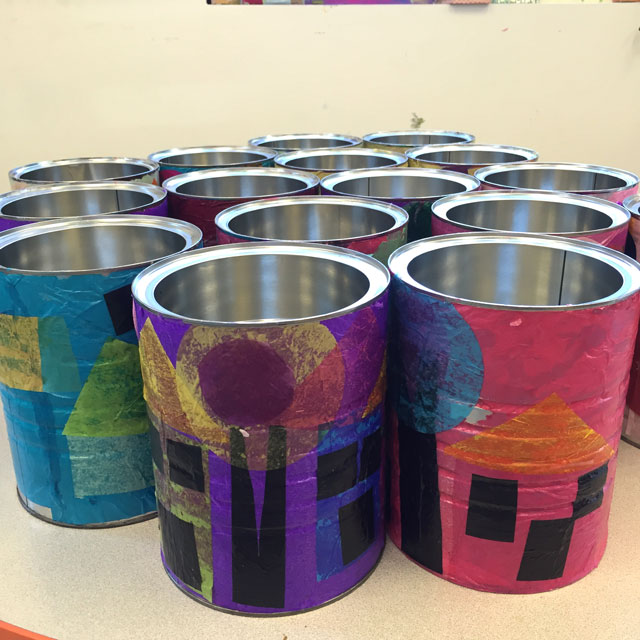 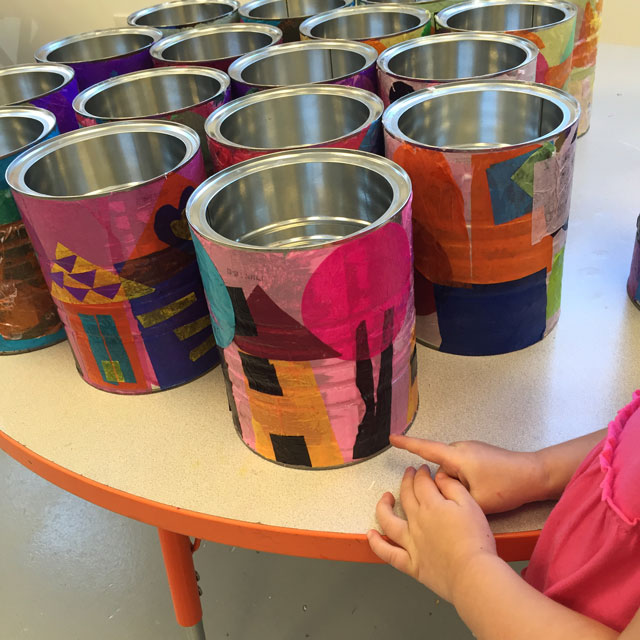 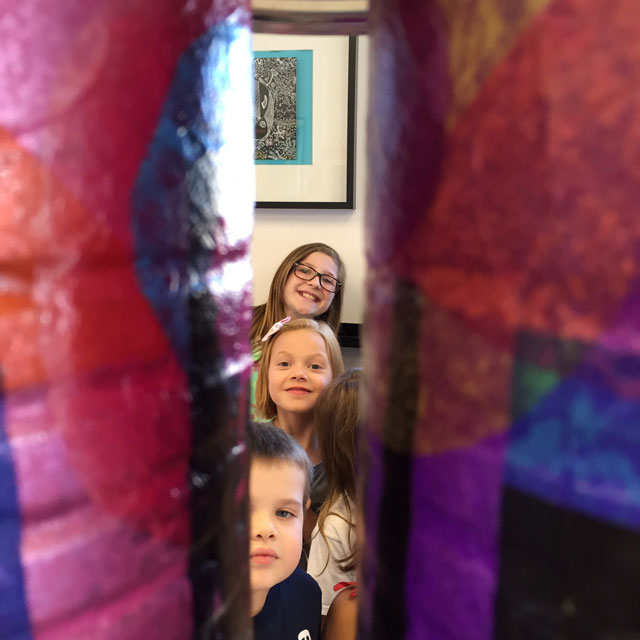 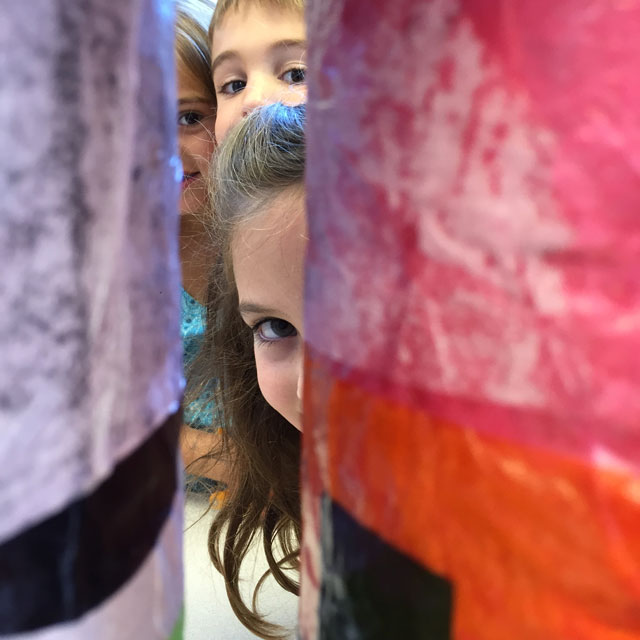 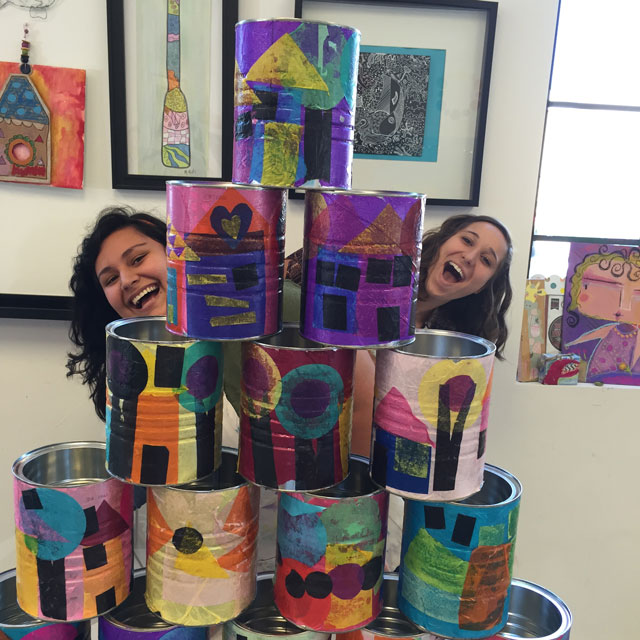