In the category of cutest project ev-er….these elephant collages were inspired by one of our favorite artists, Melanie Mikecz! 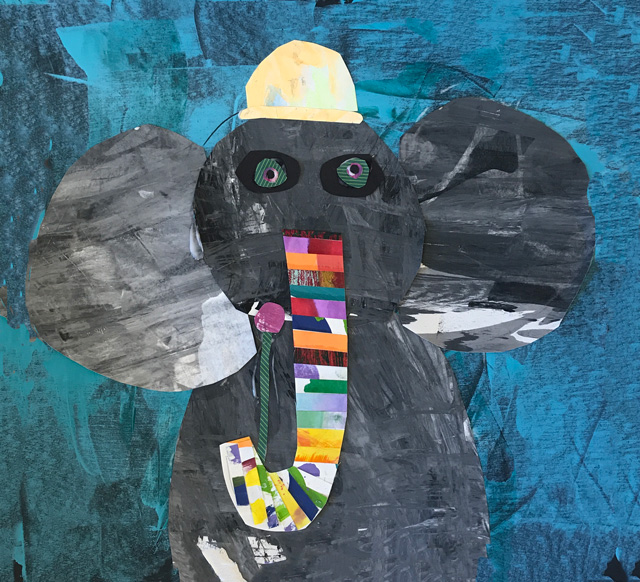 We were on a kick this summer where we’d start most weeks of summer camp by creating massive amounts of painted paper to use throughout the week!  It was a fun ice breaker + warm up activity.  We received a large donation a few years ago of a bunch of little plastic credit card blanks (no idea where these came from!! We try not to think about what odd circumstances would have caused someone to want to offload about 5000 of these!).

It’s fun to just squirt a little paint on the paper and move it around / mix it with these cards!  It creates a really cool effect.  We were especially loving mixing black + white, but then we had a massive surplus of grays & had to figure out something to make with them!  …. so of course we thought of Elephants. And thus our Melanie Mikecz Inspired Elephant Collage was born! 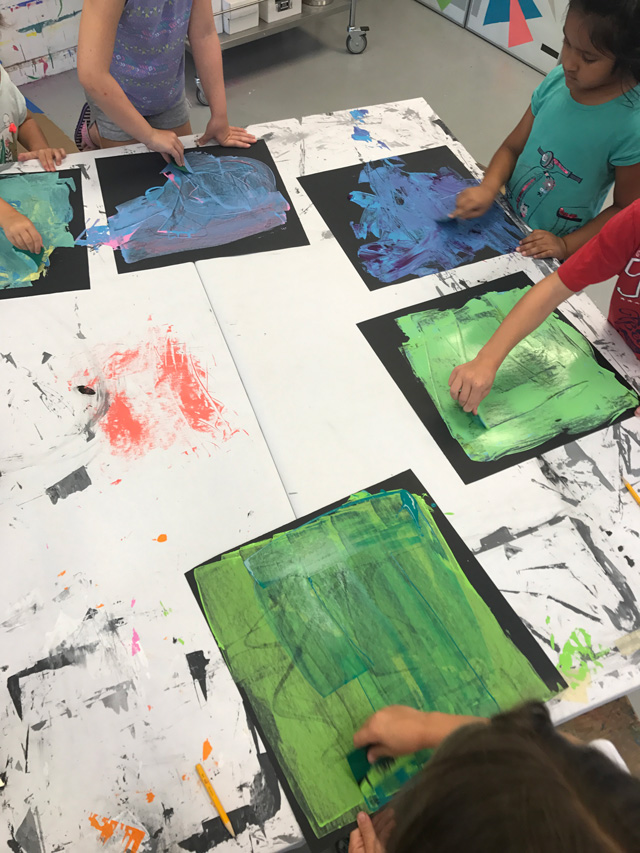 For the background, students were able to choose two colors to mix and mingle on their  large squares of black 6 ply poster board. After they were painted, we set them aside to dry while they were working on cutting the shapes for their collage. 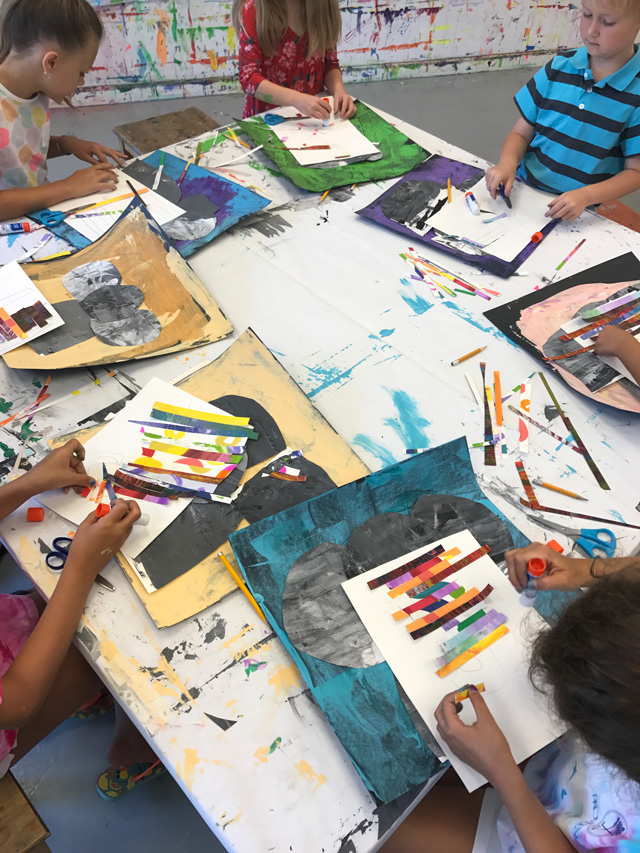 The elephant trunks were a particular challenge, as we wanted to stick to the collage process.  So we had them draw their trunk on a white piece of paper, then attach strips of colorful painted paper scraps with a glue stick.  We told them not to worry about the edges – just let the paper overflow outside of the lines.  Kids were encouraged to use thinner strips and curve them around the lower, smaller part of the trunk.  After the trunks were dry, we flipped them over and held them up to the light so we could see the lines they drew for their trunk, and cut them out so they had clean edges. 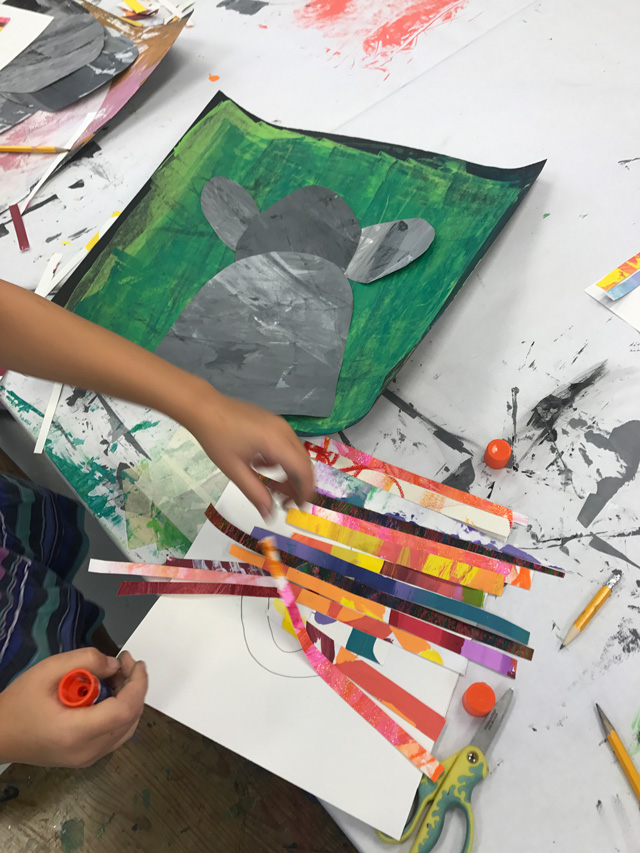 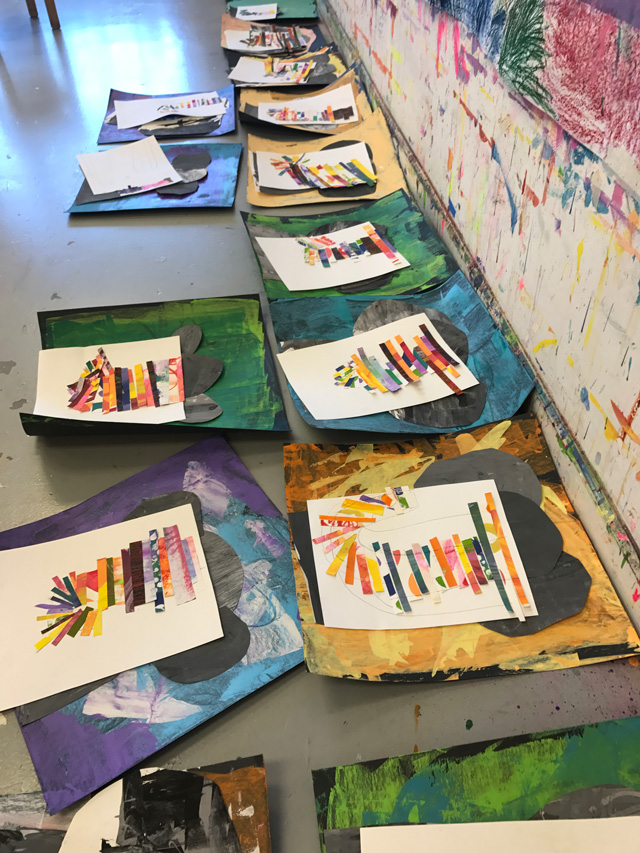 The rest of the project was just a straight forward collage!  They cut out the shapes to form their head + ears. We saw a lot of big round mouse ears, so we demonstrated how an elephant’s ears hang low are are floppy. Then the creative prompt was to embellish their elephant in some way.  Some were holding something in its trunk, others wore something on it’s head, and so on! 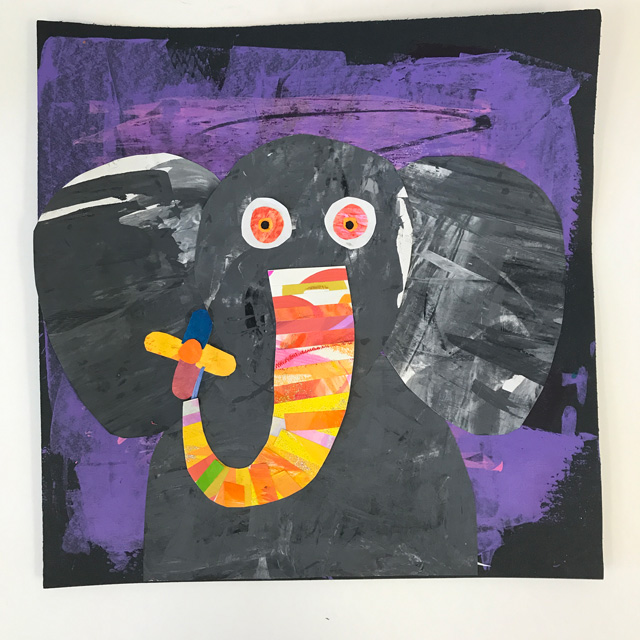 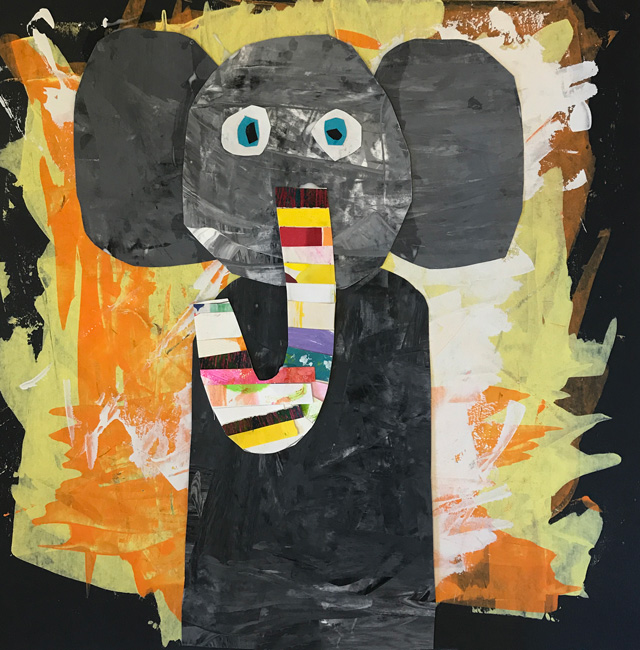 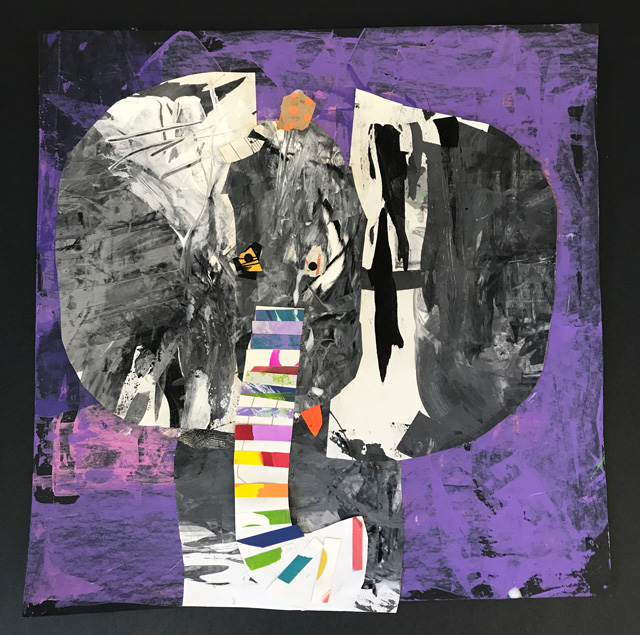 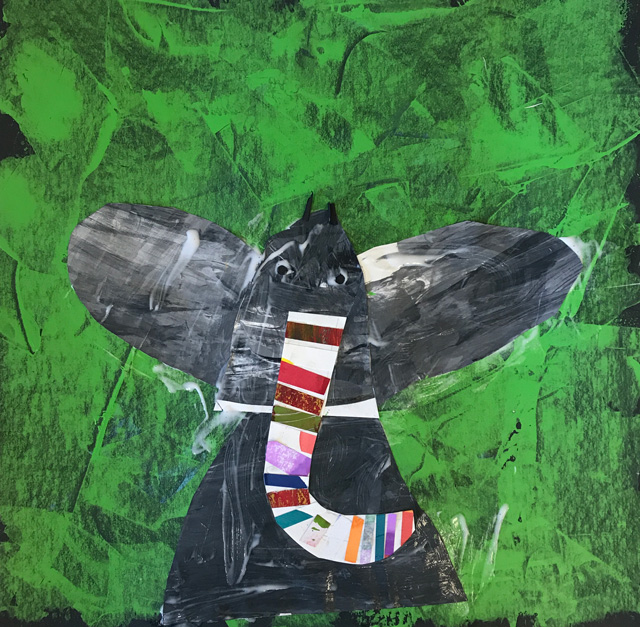 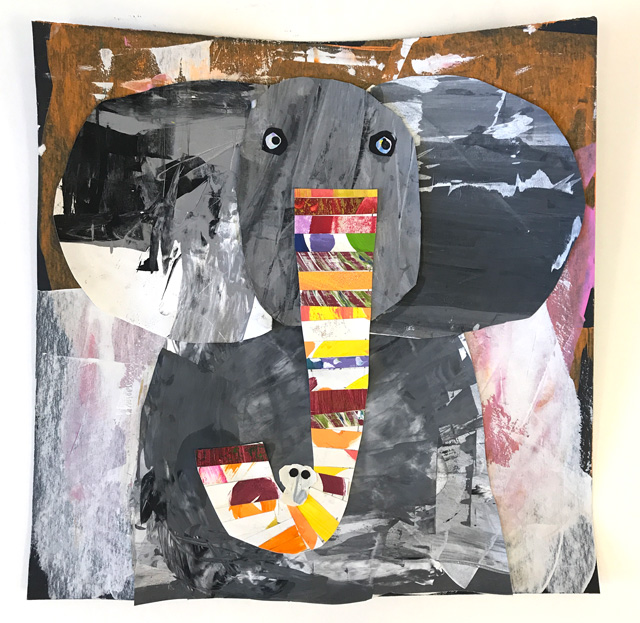 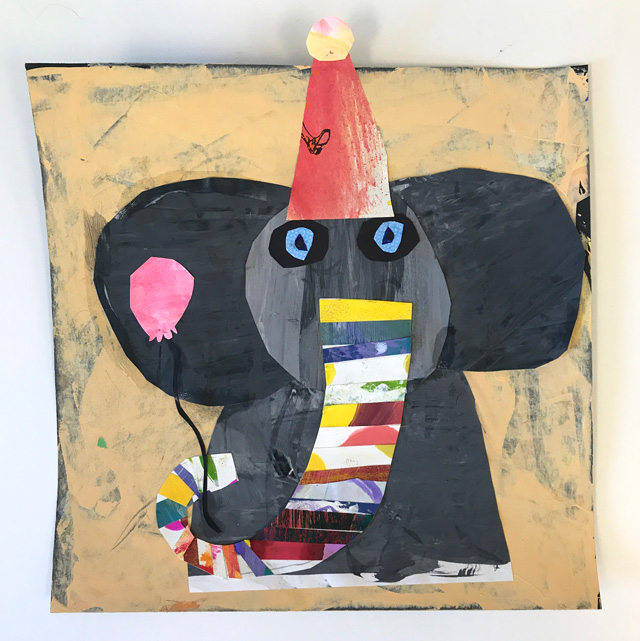 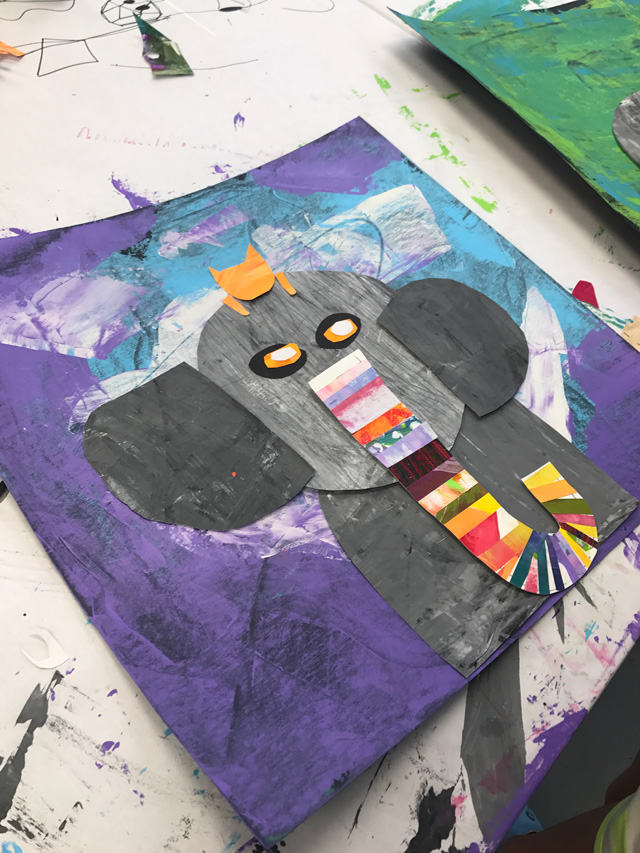