Have you been watching the April the Giraffe live web cam, as April gets ready to deliver her fourth calf?

If you are like me, which is to say, someone with a borderline unhealthy addiction to live zoo cams and not one to miss the birth of a baby giraffe if you can help it – you’ve been literally glued to your ipad between the hours of midnight and 3am most recent nights, peeping into the world of April the Giraffe!  Hopefully you were not duped like I was – now a full three+ weeks ago – into actually believing that she was about to give birth “at any moment”.  There have been times I stared at her belly so intently, April barely moving, my eyeballs burning, that I convinced myself I could make out the outline of the baby giraffe’s 6′ body, only to discover I’d lost my internet connection and had been staring at a still screen shot for the last 15 minutes.

It’s been exhausting, this round-the-clock baby giraffe watch, so I took a break this morning, showered and did some laundry, then rounded up these photos of one of our favorite giraffe projects ever (of which there have been many) to share with y’all!

The lesson this day was “background, middle ground & foreground”.

We had the idea to leverage some leftover mat board frames to incorporate into the design.  Students drew a large giraffe in the “foreground” on white poster board.  We cut that out and later mounted in a slightly elevated fashion with little foam spacers.   We attached a sheet of watercolor paper to the inside of the frame, where they drew a small giraffe far away in the “background”.  For the middle ground they drew a medium sized giraffe, overlapping both the picture frame and the paper inside of it.  That particular concept was a little bit of a challenge to teach, but we were so impressed with how quickly the kids “got it”! 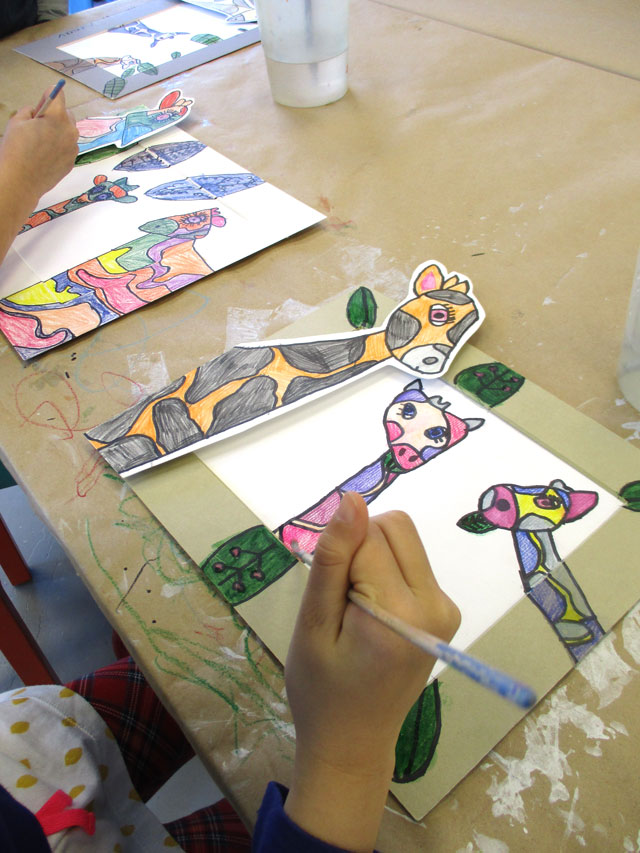 Students drew with pencil, traced with sharpie, then used Crayola watercolor pencils to add color (we have road tested just about every watercolor pencil on the market, and truly believe that Crayola brand outshines some brands that cost 3x as much!!  The pigment is bold and – the biggest test of a good watercolor pencil – the lines blend smoothly with water, they don’t just look like colored pencil scribbles with dirty water on top). After we attached their largest giraffe as described above, we let them take a little water to blend all of their colors at the very end.

And now I have to go plan an April the Giraffe inspired baby giraffe project! 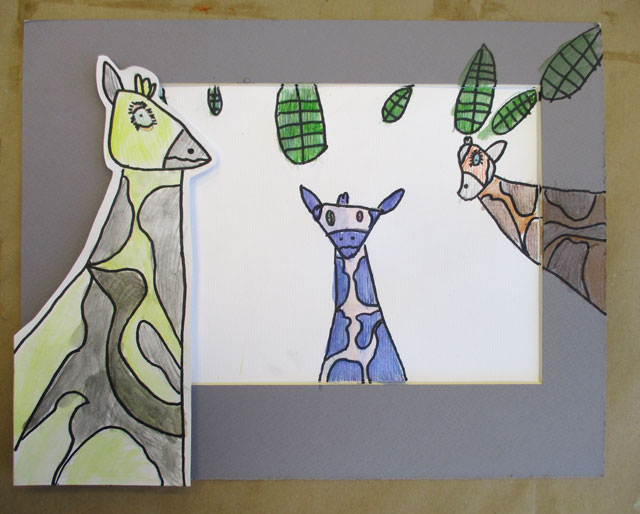 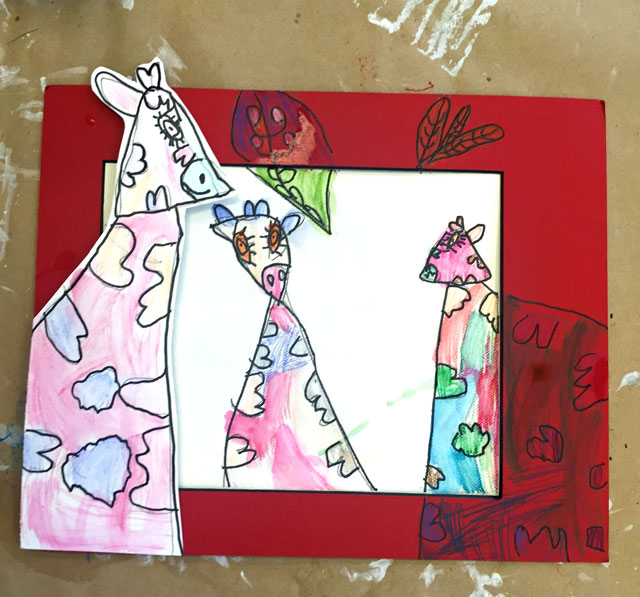 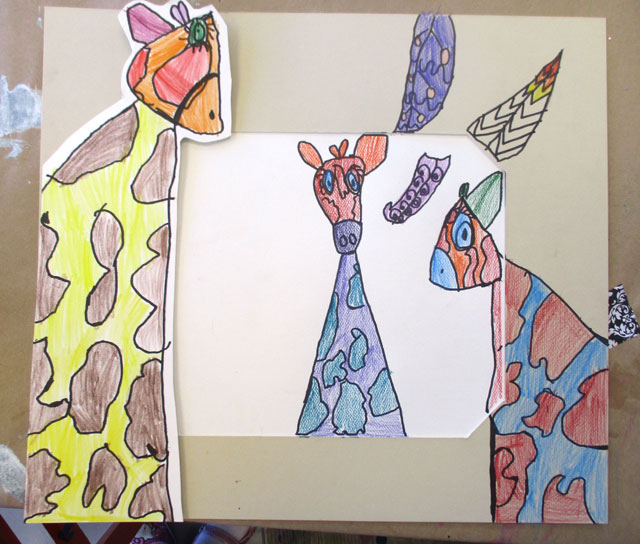 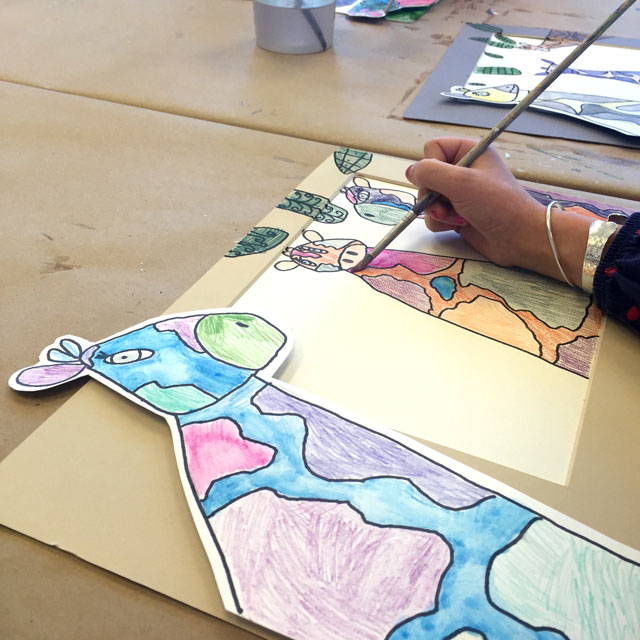 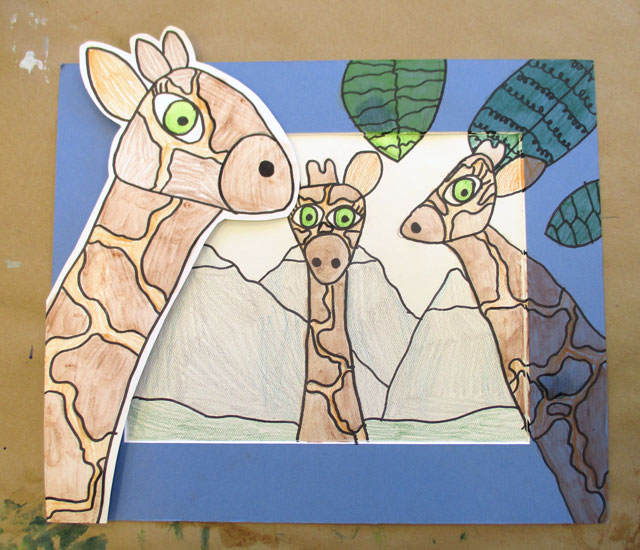 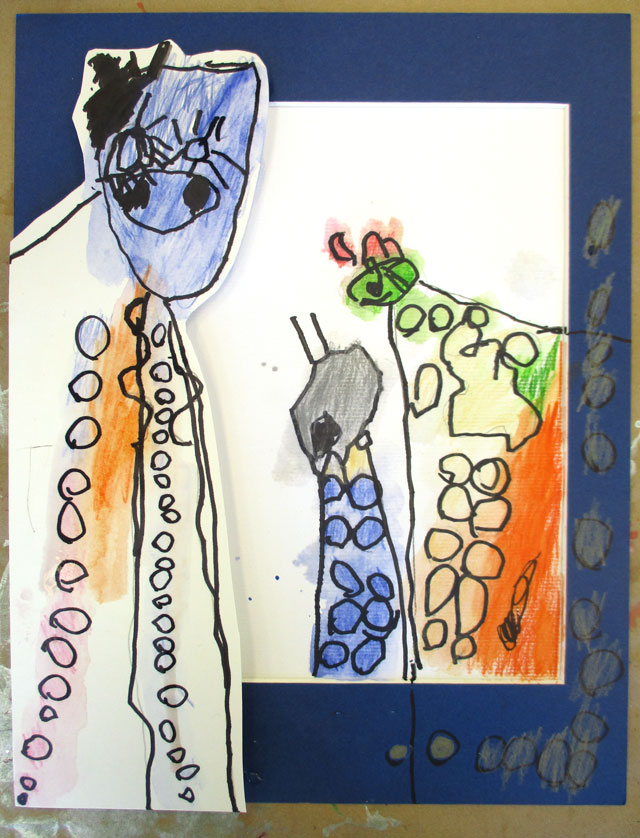 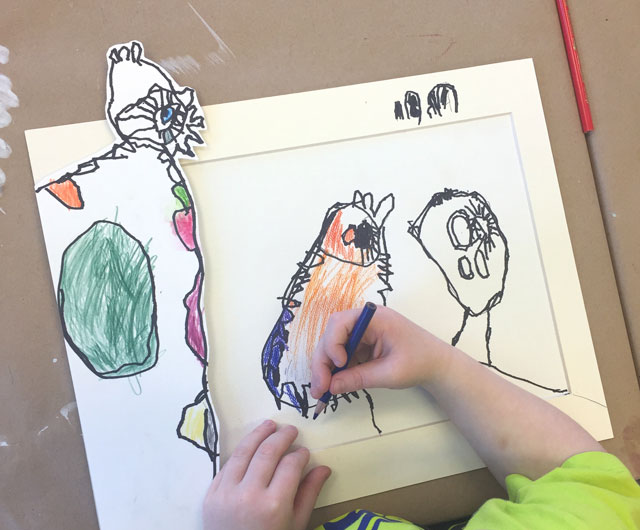 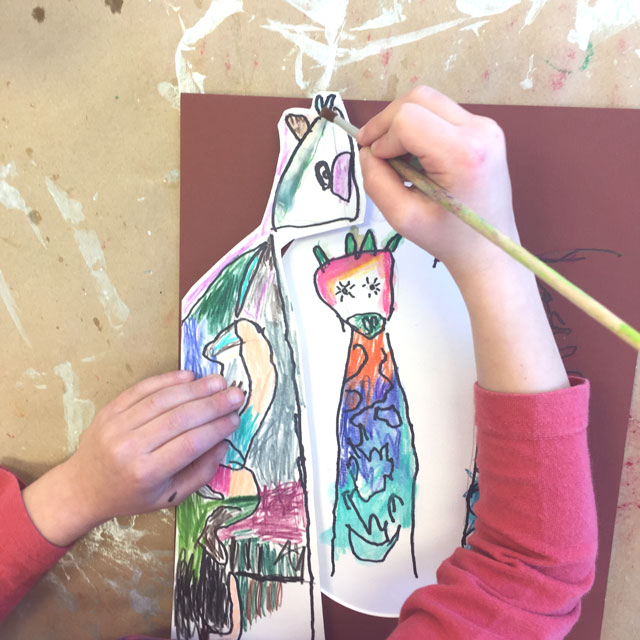 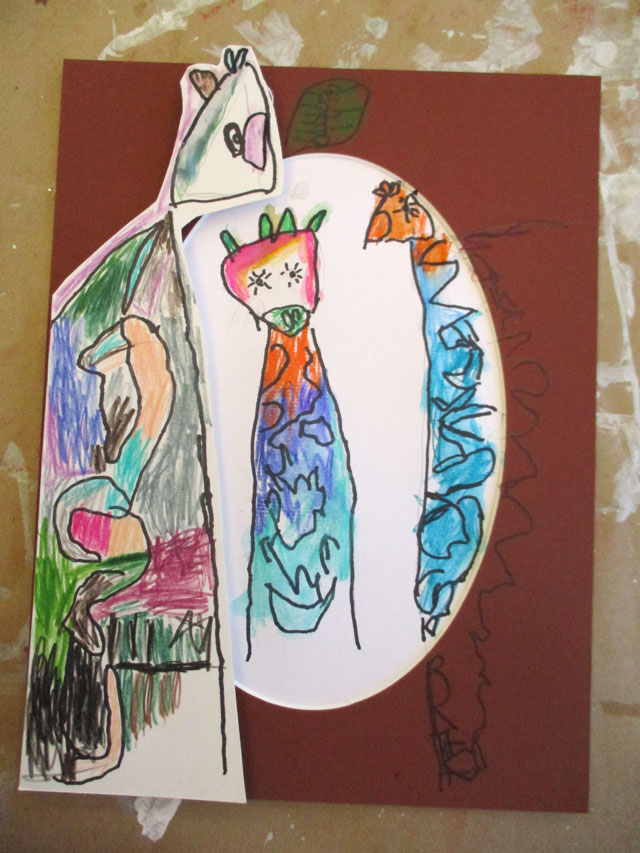 This post contains affiliate links to products we love!  We hope you’ll try them and love them as much as we do!